It’s nearly that time of year again where leaders in the aesthetic industry will be celebrating achievements from the past year at their esteemed awards ceremonies. Clinetix are extremely excited as this time around they have been nominated for 3 different awards in 2015. Fingers and toes crossed!!

In November, the Clinetix team will be donning their most glamorous gear and heading down South to the luxurious 5 star InterContinental Hotel in Park Lane, London to attend the fourth annual MyFaceMyBody Awards. These prestigious awards celebrate the aesthetic and dental brands that have proven themselves to be the best throughout 2015. Clinetix are extremely pleased to have been nominated both for Best Clinic UK (North) and also Best Clinic Team. 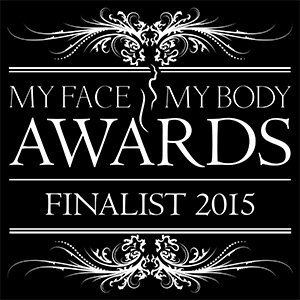 Again then in December the Clinetix will be heading back down South, this time to the lavish Park Plaza Hotel in Westminster. This time round they will be attending the annual Aesthetics Awards, similarly to November’s event this award ceremony brings together the very best in medical aesthetics and leaders in the profession to celebrate the achievements of the past year. Clinetix are so pleased to have also been nominated for the Best Clinic Scotland.

Clinetix are passionate in their pursuit of excellence and are always striving to be the best, most trusted clinic group for aesthetic medical procedures. The Clinetix teams hard work has paid off and they are delighted to have been nominated for three extremely prestigious awards. We really hope that we will be ending the year as the proud owners of three shiny new awards and we would like to thank everyone who has voted for us and helped us with our nominations.

All product orders between April and June 2022 will be entered into our prize draw to WIN 500 Skin Confidence Rewards (loyalty points) which can be redeemed against future treatments at Clinetix. Terms and conditions apply. Dismiss